June was a rough month for equities in the US and around the world, with the S&P 500 down 8.25% in June. The Dow Jones Industrial Average was off 6.56%. The NASDAQ, which is tech heavy, fell 8.65% in June. Red-hot inflation coupled with a global effort among central banks have been a few key drivers of 2022’s declines. For the first half of the year, the Dow is 14.4% lower, while the S&P 500 and NASDAQ are both in bear market territory, down 20% and 29.2% respectively.

As a result, not a single sector ended June in the positive. Energy took the largest hit, ending June down 17.1%, and it was joined by Consumer Discretionary, Financials, and Materials, which all sank at least 10%. Consumer Staples and Health Care, sectors that are typically less sensitive to Fed rate hikes, were the only two sectors down by less than 3%. 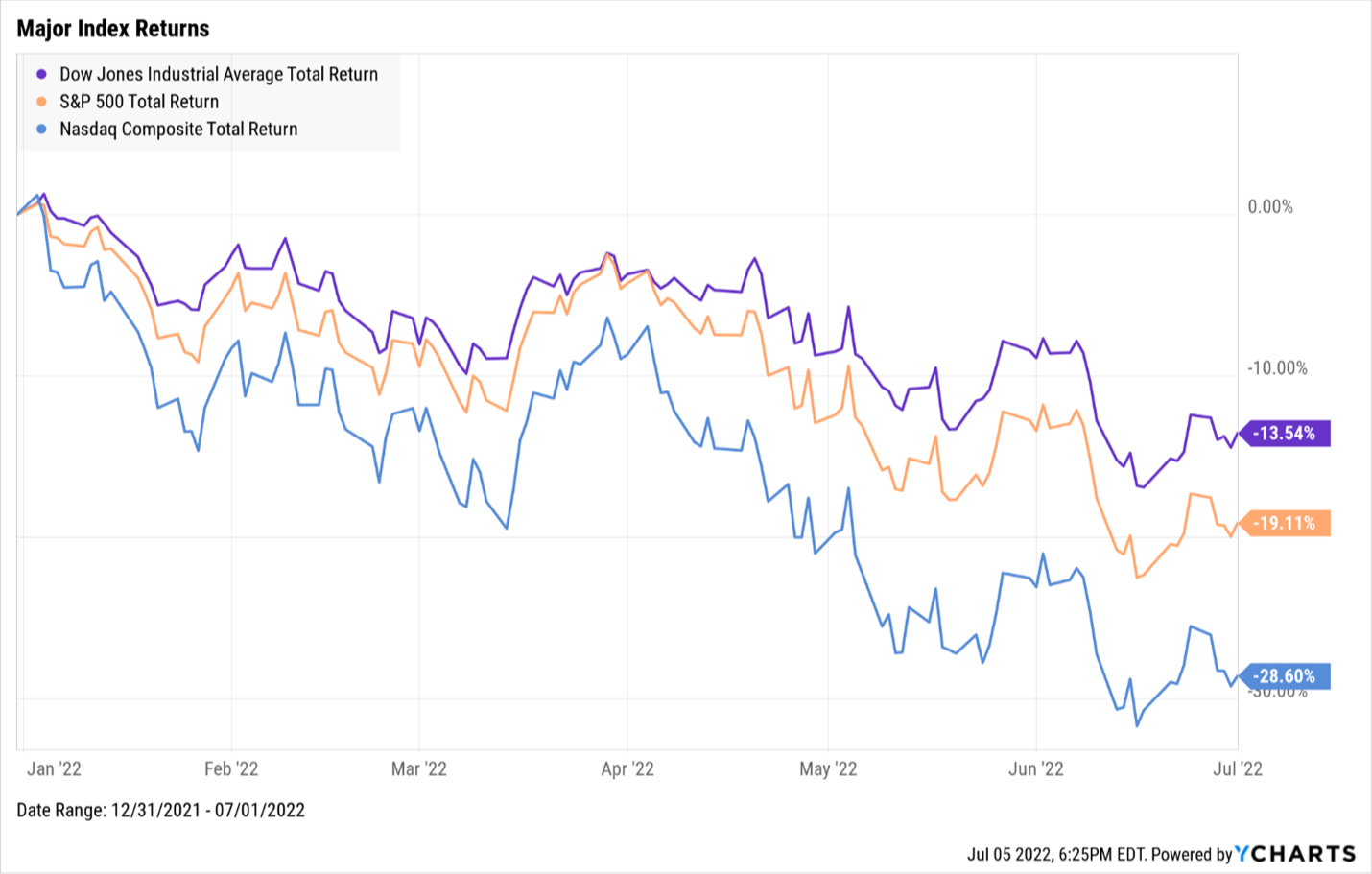 Inflation data was mixed in June, as the US Inflation Rate rose back above the 8.58%, an increase of 0.32%. US Core Inflation saw a slight decline of 0.14% to 6.02%, which suggests food and energy were among the main culprits for rising prices. The employment situation was rather stable—May’s unemployment rate stayed at 3.6% for the third consecutive month. Finally, new single-family home sales increased 10.7%, bucking a four-month downtrend, but existing home sales fell for the fourth straight month.

Short-term interest rates shot up in June following the Fed’s announcement of a 75 basis point rate increase, the largest since November 1994. Longer-term interest rates rose in June as well—the 20-Year and 30-Year Bonds all ended June above 3%, but the 10-Year finished the month below the 5-Year and even the 3-Year, at 2.98%. 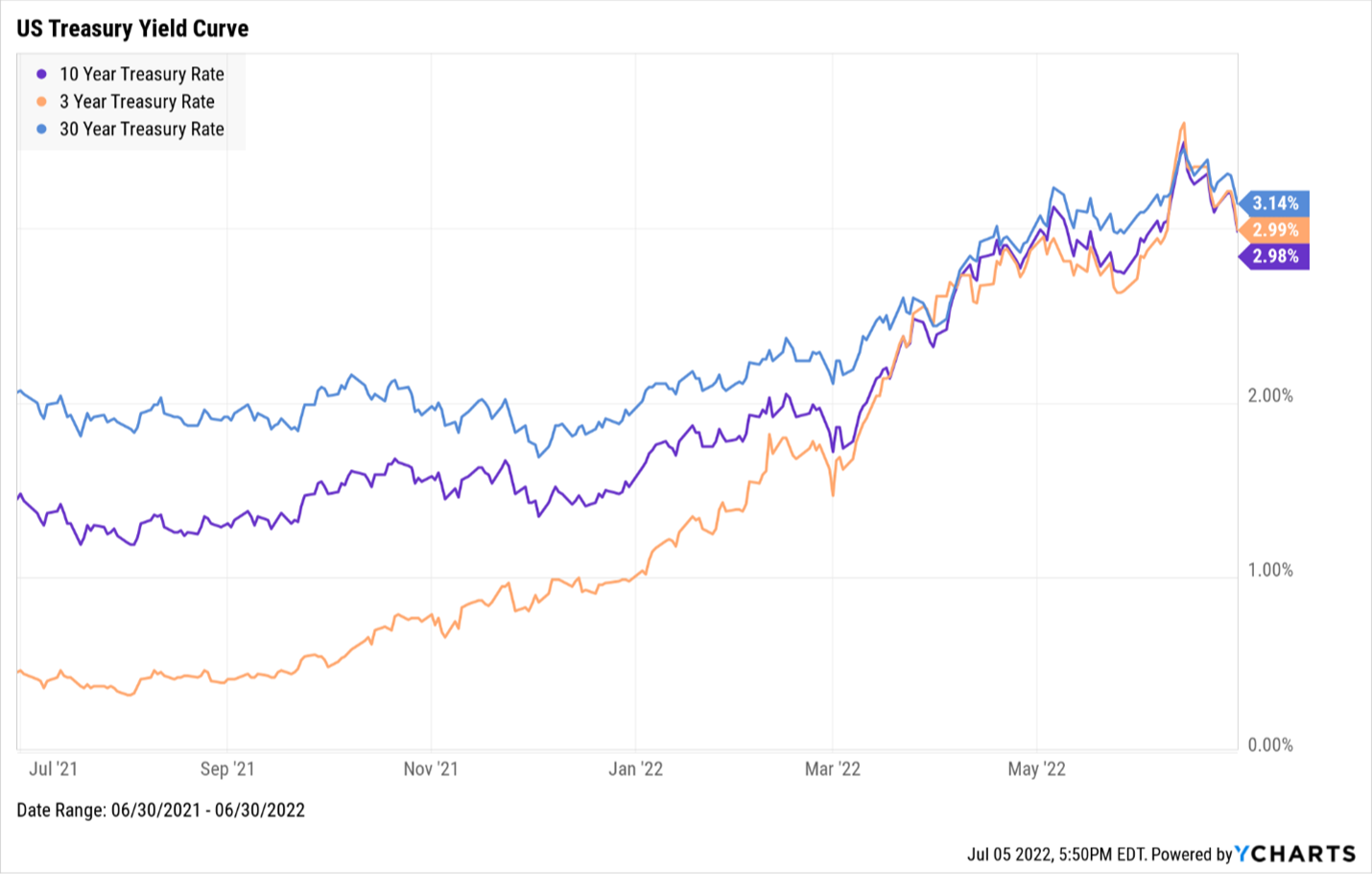